Music Together was founded in 1987 by Kenneth K. Guilmartin in Princeton, New Jersey. At that time, Ken observed that most children were growing up with little or no opportunity for live and playful music making; their music experiences were usually limited to passive music listening. Subsequently, many arrived at elementary school unable to sing in tune or move in a rhythmically accurate way.

In 1985, he founded the Center for Music and Young Children (CMYC) to conduct the early childhood music development research which later became the Music Together program. In 1986, Ken met Lili Levinowitz, Ph.D., then director of the Children’s Music Development Program at Temple University. Soon the two began to develop the unique, musically-rich curriculum that would become known as Music Together.

Today, the Music Together program is offered in over 2,300 communities and 30 countries worldwide. 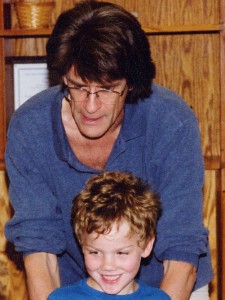 MORE ABOUT MUSIC TOGETHER®